From a one-pound preemie to a respected nurse, meet members of our community who are graduating this year.

This year, graduates are missing long-awaited ceremonies, festive parties, and goodbye hugs. While we can’t celebrate in those traditional ways, it’s still exciting to recognize special milestones and new beginnings – especially when they may have seemed out of reach due to illness or injury. 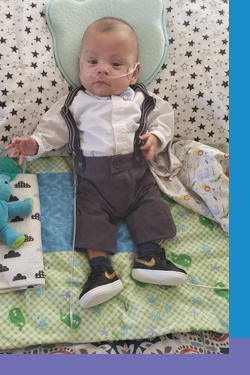 With her pregnancy at just 23 weeks, medical complications put Maria into labor. Suddenly, her son’s heart stopped beating. She thought she had lost him. Minutes later, something incredible happened: The baby’s heartbeat returned.

Luis was born weighing 1 pound, 3 ounces. He urgently needed surgery to repair a hole in his intestines. With his life in jeopardy, doctors let Maria hold him for the first – and, she believed, only – time.

"To everyone’s surprise, he opened his eyes,” Maria says. " was so happy but also sad because I thought it was the last time I’d see him alive."

But thanks to world-class care and a warrior spirit, Luis has thrived through four surgeries, growing bigger and stronger.

"He fights for his life every day," Maria says.

After more than five months in our neonatal intensive care unit, Luis finally graduated and went home with his family in early April. He’s reaching new milestones like starting to reach for toys and feed himself.

"My baby makes me so very happy – just seeing his face and having him look back at me," Maria says. 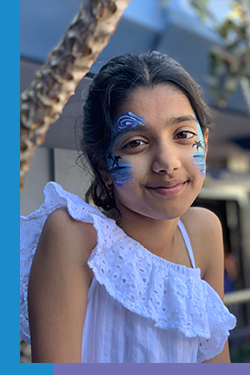 This fall, 11-year-old Siya will start junior high school – exactly one year after she was diagnosed with leukemia.

"It feels like it was just yesterday," Siya says. "I'm happy that I've come so far and I've been able to keep up with my academic prowess."

Throughout her difficult treatment – which included two weeks in a medically induced coma and six months of isolation – Siya plowed through her fifth-grade curriculum, including memorizing all 50 state capitals.

"She's mentally strong. Whatever she decides, she does it," says her mother Khyati. "That's what I like best about her."

If all goes according to plan, stellar student Siya won't stay away from UCSF forever. Her dream is to come back as a researcher.

"I was considering becoming a hematologist, but then I realized I’d be on call 24/7," she explains. "It's better to work in the lab so I can sleep at night."

For now, she's most looking forward to attending art class with her friends. 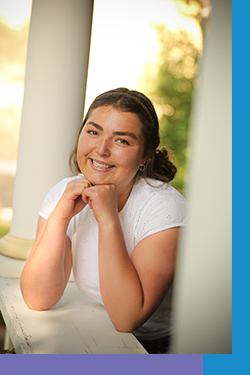 Sarah was diagnosed with cancer at age 4. Her memories of the care at our Oakland campus are fuzzy but positive: She recalls kind nurses and hours spent making art.

Then, at age 15, Sarah developed a lump on her forehead. It turned out to be lymphoma. "This time it was different,” she says. "I was ripped away from my whole life."

But Sarah pushed forward with grace. "I always think about how lucky I am. I have supportive friends, a great medical team, and both times my cancer has been curable. I’m so blessed."

Sarah is graduating with a GPA over 4.0; she was also captain of her volleyball team, editor of her school newspaper, and organizer of an annual swimathon to raise money for the hospital. This fall, she’ll enter the honors program at Cal Poly San Luis Obispo as a Communication Studies major.

"I've struggled a lot, and I didn’t know if I would graduate," Sarah says. "But I made it, and I'm so proud of myself."

David has spent more than a month in the hospital recovering from spine surgery. But that didn’t stop him from completing his schoolwork and graduating early.

To celebrate, the Child Life team organized a special graduation ceremony for David at the hospital.

"They played it off like it was going to be a little one, but I was surprised by how many people were there," David says.

David was wheeled down the hallway wearing a cap and gown as staff cheered and waved pom-poms. His high school principal congratulated him via video, and he was presented with his diploma.

For now, David is focused on getting healthy and continuing with his rehabilitation process before considering his future plans. 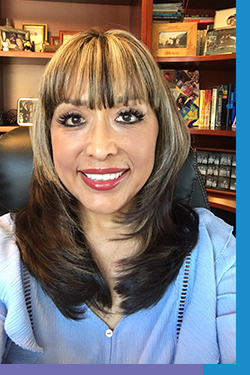 Aday joined our neonatal intensive care unit in 1988 as a registered nurse after graduating from community college. She always planned to get an advanced degree.

"But life happens," Aday says. Work, children, finances, and other obstacles forced her to put off further education for years, then decades."

She never stopped believing in the value of education as the key to fulfilling professional and personal goals.

At age 54, she’s proud to finally achieve her dream and graduate with honors. "Going back to school has made me even more passionate about what I do," Aday says. "It's changing the way I see my work, how I communicate with families, and how I see myself and all I’m capable of achieving."

Aday always urges young people she mentors not to give up on getting an education. "I never wanted to say that to others and not fulfill it myself. Now I can hold up proof that if I can do it, anyone can. It's never too late."