Welcoming Matthew Cook to our Community

We are pleased to announce that Matthew Cook joined us as the new president of UCSF Benioff Children’s Hospitals. A seasoned health care leader, Cook brings a passion for health equity and a commitment to advancing pediatric care.

In his new role, Cook will oversee the strategic direction, operations and clinical services for all pediatric services at both BCH Oakland and BCH San Francisco, while partnering with academic programs and serving as a core member of the UCSF Health leadership team.

Before joining UCSF, Cook was president of Riley Children’s Health and chief strategy officer for Indiana University Health. Under his leadership, physician engagement increased by 20 percent, and the hospital successfully met their foundation’s five-year capital campaign. He also increased the hospital’s U.S. News and World Report rankings from four specialties in the top 20 to seven, including two in the top ten, in 2019, achieving the hospital’s best performance to date. He has also served as executive vice president for strategy and business development at the Children’s Hospital of Philadelphia and spent nine years as a principal at The Chartis Group, a healthcare consulting group based in Chicago.

Cook holds a bachelor of science in economics from the Wharton School at the University of Pennsylvania and a master of business administration from New York University. 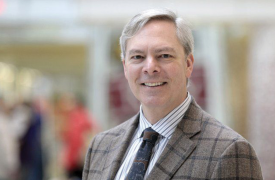 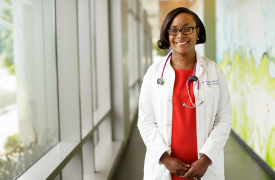 Ask the Experts: The Pandemic and Kids

Help us support the kids who need us most.
Make a Gift Today