Gene Therapy and the Science of Miracles

How innovative medicine is curing nature's most deadly mistakes

Vivian during her treatment at our hospital.

For Jordyn and Brett Blackburn, every month with their daughter, Vivian feels like a miracle. Vivian is alive today thanks to gene therapy, the innovative science of using genes to cure genetic disorders.

Vivian suffers from spinal muscular atrophy, or SMA, a life-threatening genetic disorder of the nervous system that causes debilitating weakness and wasting in infants. Until recently, an SMA diagnosis meant that parents had a devastating choice to make: hook their child up to 24-hour breathing and feeding machines – or let them die.

“Every time I see Vivian, I get goosebumps,” says Jonathan Strober, MD, director of the Neuromuscular Clinic at UCSF Benioff Children’s Hospitals. “I went into medicine to help people get better. But for a long time, I was a doctor who helped parents make decisions about the life and death of their child. With Vivian, I was actually able to make a difference.”

In 2019, the FDA approved an innovative intravenous treatment that delivers into a patient a fully functional copy of the defective gene that causes SMA. Within days of Vivian's birth in 2020, California began screening newborn babies for the SMA gene. Vivian became the second infant in the state diagnosed through the new screening process. Less than a month later, she received a groundbreaking gene therapy at UCSF, a national leader in genomics.

Now nearing 18 months of age, Vivian is hitting milestones that were once out of reach for children with her diagnosis. Babies with spinal muscular atrophy struggle to breathe, swallow, and hold their heads up, but Vivian is breathing on her own, eating everything in sight, and pulling herself up to stand.

I went into medicine to help people get better. But for a long time, I was a doctor who helped parents make decisions about the life and death of their child. With Vivian, I was actually able to make a difference.

There are still challenges. Vivian's development is delayed, and more study is needed to understand what her future may hold. But Dr. Strober and his team are confident that she will walk unassisted one day and ultimately will live a healthy life. 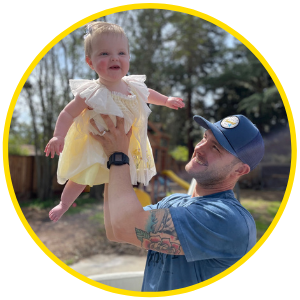 For Jordyn and Brett, it’s difficult to imagine that alternate universe, where gene therapy is still a dream, and Dr. Strober has no choice but to tell them their little girl won’t make it.

“I honestly believe my child wouldn’t be alive right now if it wasn’t for the research into this new gene therapy and the people who have supported it,” Jordyn says. “That’s how important this work is.” 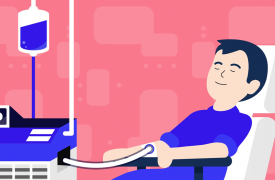 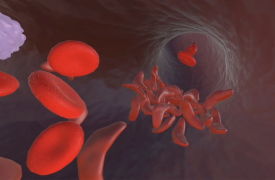 Make an impact for our patient families and kids like Vivian.
Make a Gift